Why Would Anyone Want To Buy A Sheepsfoot or Wharncliffe Style Knife?

Short answer: They are Very Practical for Everyday Uses. Sheepsfoot blades have quite a few job-related uses and wharncliffe blades are great for many boating activities. While there are definitely sheepsfoot blade advantages, there are also some disadvantages to this bladeshape that will be discussed as well. 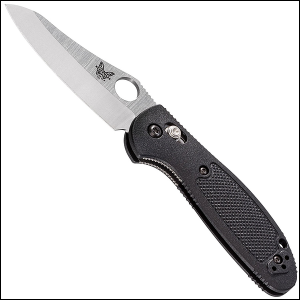 They Are Great For Carving Tasks

Have you ever been bored and had a knife on you with a stick nearby? Chances are, at one point you decided to carve that stick into a spear or other wooden creation. Well, many wharncliffe and sheepsfoot blades have a large belly portion that doesn’t curve upward to a pointy tip, allowing for a knife with excellent carving capabilities. Some wharncliffe knives have recurves built into them in order to allow for better slicing.

It’s Difficult To Accidentally Pierce Yourself

This is definitely one of the biggest sheepsfoot blade advantages. Anyone who uses a knife daily has most likely accidentally either stabbed or cut themselves. Well, since there isn’t a menacing tip on the end of a sheepsfoot or wharncliffe knife, badly stabbing yourself is pretty difficult to accomplish. There are some wharncliffe and sheepsfoot blades that do have sharp tips, but they are usually modified. A traditional sheepsfoot knife does not have a very sharp tip because of the smooth curve that transitions into the tip.

Since there usually isn’t much of a tip, if any at all, sheepsfoot/wharncliffe blades are perfect for rescue/emergency situations. For example, if an EMT needed to cut an article of clothing off of someone in order to save their life, a sheepsfoot blade could cut through the clothing without much risk of accidentally stabbing the person.

1. Most sheepsfoot/wharncliffe style knives don’t have much of a tip. If you regularly need to pierce and cut different materials, these styles of knives probably aren’t going to be the best options. However, there are exceptions to every rule, take this knife or perhaps this one for example. Those knives are modified wharncliffe-style blades with very devastating-looking tips.

2. The sheepsfoot shape does not lend itself to being the greatest at cutting food. Since most blades curve up to a tip, you can have your knife at a slight angle and rock the knife from tip to handle as you are cutting food. This is difficult with a sheepsfoot or wharncliffe because you have to have the blade relatively flat against a material in order to slice it.

3. Many Models Seem More Tacti-cool, rather than practical. For example, this knife. If tacti-cool/mall ninja status is what you are going for, well, you’re welcome. If not, then stick to a more classical wharncliffe or sheepsfoot blade like the image below and steer clear of the modified ones.

Both sheepsfoot and wharncliffe blades usually don’t have much of a tip and can be very useful for carving, slicing, and rescue activities. They are very practical for most everyday uses. There are much more sheepsfoot blade advantages as opposed to disadvantages in our own personal opinions here at I Luv Knives. 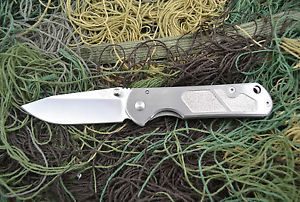 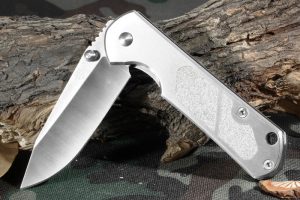